The background to the flexible chocolate story came from previous work on Ultra High Molecular Weight Polyethylene (UHMWPE) . In the 1990s we discovered that oriented UHMWPE, in its low entanglement form, could be ram extruded at pressure below the polymers melting point to produce oriented, stiff UHMWPE rods. A patent application was filed however we then discovered that a Dutch Chemical Company, DSM had filed patents that covered our potential technology. This was not the first time my attempts to innovate in the area of polymer processing had been thwarted by prior patenting from DSM. So, I then looked for other materials that had a range of melting points and where our polymer “cold extrusion” might work. I tried chocolate and found that chocolate could be shape formed below the materials normal melting point. This marked the beginning of a fun period working with chocolate. Nestle sponsored extensive research in the Chemical Engineering Department at Cambridge and they independently developed continuous cold extrusion processing technology that worked well, but was never used commercially.

There was a lot of media interest in the discovery of Flexible chocolate and below is a “Tomorrows World” movie clip.

The story is also told in a schools powerpoint presentation. Some of the slides used in the presentation were prepared from an earlier presentationn by Robert Marshall who worked as Senior Technical Officer in the Polymer Fluids Group at Cambridge. 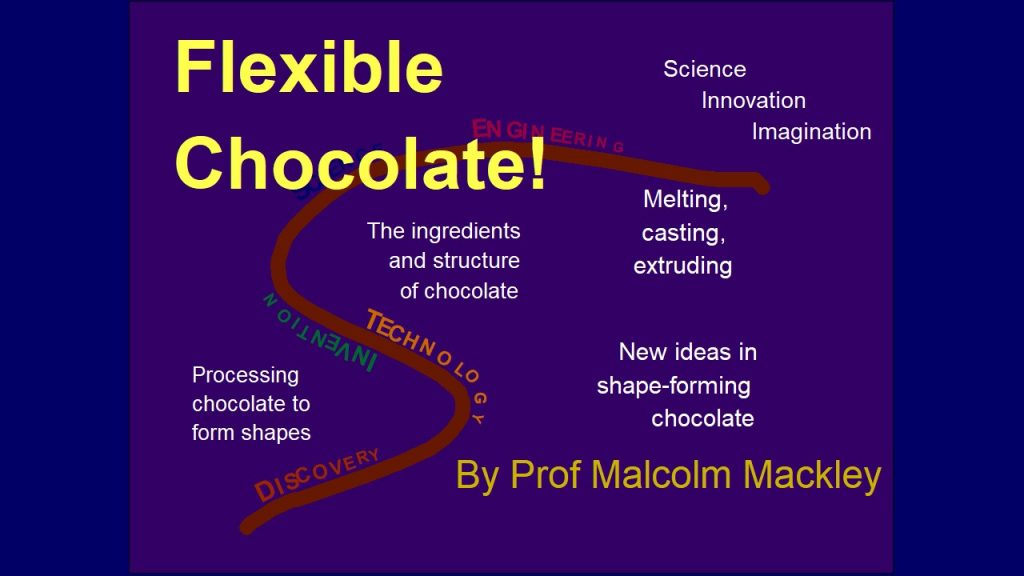