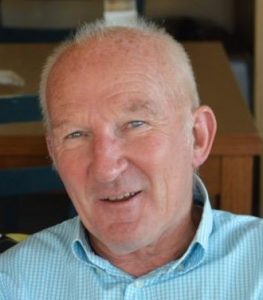 Malcolm Mackley graduated in Physics from the University of Leicester in 1969. He then obtained his PhD at Bristol University  in the field of Flow induced Polymer crystallization working under the guidance of the late Sir Charles Frank and Professor Andrew Keller. After a brief period as lecturer in Material Science at Sussex University, in 1979 he joined  the Department of Chemical Engineering at the University of Cambridge where he ran a Polymer Fluids Group for thirty years working in  both science and engineering.

He is the inventor of a number of scientific apparatus including the Cambridge Multipass Rheometer (MPR) and in terms of process innovation he has invented a novel chocolate cold extrusion process, a different way of mixing using oscillatory flow (OFM) and  a plastic Microcapillary Film (MCF) that contains continuous arrays of 100 micron hollow capillaries.

He has lectured extensively at Cambridge in the fields of polymers and rheology and has given many conference presentations throughout the world. He is a Fellow of the Royal Academy of Engineering and an Emeritus Fellow of Robinson College Cambridge.